Freyoria is the Republic established by refugees from Ancienia who follow the feminine Adrianist sect of Freyorianism. The original colonists settled in the Western portion of the country (the so called Antiqutus Republica or old Republic) next to the Yesyanolan colony of Neo Yesyanola. In the two hundred years since first landfall the land has been won from Hesclek natives in a war of conversion and extermination. The colonists have crossed the minor outcrop of the Great Desert known as ‘the Bleed’ and settled territory by New Duninaden – the so-called Nova Republica (or New Republic.)

Elder Mother Van Host is a fanatical girl of 19 having experienced a visitation by the spirit of Adrian aged 17 and possessed with enormous charisma she shot up the ranks of the faith. Her colleagues in the Council of Faith are all enthralled by her.

Amongst the laity there is a divide between the Antiquarians of the Old Republic and the Novans of the New Republic. The Antiquarians culture is gearing towards communal arable farming, the holding of property in common and expansion to the West into Neo Yesyanola. The Novans have a more individualist culture geared around sheep rearing. They’re militia has more ‘ironside’ cavalry as a result and they favour expansion into New Duninaden territory. These tensions have let to brew into conflict. 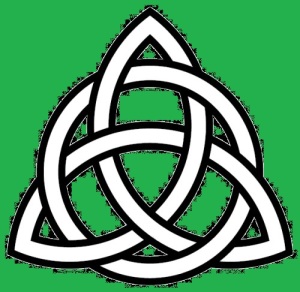 The biggest internal problem is the Einvolkist heretics who have seceded from the Republic and slowly being reconquered. Hesclek tribes faced annihilation or conversion and assimilation. The last native resistance is in the so-called ‘Hells Forest’ where the hardcore tribes have fled and venture forth on raids. Desert Raider and Khansmen bands occasionally raid Freyorian settlements as do the Yesyanolans and New Duninaden nobles.

Einvolkist and others unsatisfied with life in ‘the Creator’s Own Country’ tend to flee over the Rio Oro into Yesyanolan territory, or skirt the Magnus Mountains until they can join emigrant caravans leaving New Duninaden for the interior (namely Drakesdoom.)

The foundation of Freyorian defence is the maxim ‘every home a redoubt, every village a fort and every town a castle.’ Freyorian homes and houses while simple humble timber affairs are built for defence. Firing ports, thick shutters, bunkers and trenches surround even the smallest homestead. Villages have palisades with properties arranged in concentric rings so defenders can fall back if breached. Freyorian ‘Praisehouses’ have swivel guns or light cannons on the roof and some houses have ‘sniping’ towers.

All men of the community are in the militia either with musket, pike, halberd or very occasionally longbow. Professional Artillery and Cavalry form the ‘Commonwealth Guard’ which supplements local militias (it’s main use is the summer campaigns against the Einvolkists.)

The vast majority of the Freyorian military are infantry and their ‘uniform’ is the humble modest black and white or homespun cloth of the faithful. Guardsmen wear limited armour (breastplates and occasional helmets) with frugal clothing typical or the militia.

Freyorian craftsmen are superb, her fields fertile and her farmers hard working. This wealth is mainly kept in the country due to diplomatic isolation. The wealth is seen in the robustness of Freyorian architecture and wealth stocked parish warehouses. Even in the worse winters Freyoria has suffered little compared to her neighbours. This visible wealth is a common cause of raids by Freyoria’s neighbours.

Technology is advanced – firearms are common – one household in six owning one. Magic is forbidden.

As in all other things the Church takes the lead in Freyorian matters of law. Judicial decisions are the judgement of Family mothers, often advised by local notables.

Advancement in Freyoria is easy for those who work hard and the lack of sexism means it is something of a classless society. Women are treated with high regard (especially Priestesses.) Hesclek are exterminated as vermin unless they converted. While prejudice exists against Hesclek converts some have risen high in the society.

4 comments on “Commonwealth of Freyoria”