The Kingdom of Yesyan I: Politics & Leadership

Born of an RPG game I ran aged 15 and inspired by my late friend Jon’s character Ramierz… this is the Kingdom of Yesyan or Yesyanola (Land of the Yesyans.) A peninsula on the south-west order of Ancienia jutting into the Malkian Ocean it is at the forefront of Ancienian exploration and colonisation of Discoverie and beyond. 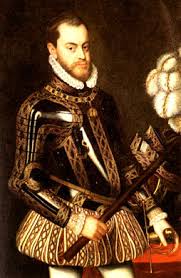 King Juan II is following the expansionist policies of his forebearers. The Royal Navy is enagaged upon voyages of exploration along the Discoverie and Amazonia coasts and in the East is searching for Asheta, the source of the Nentian spice trade.

Internally the last of the nobles’ private armies have been disbanded and the King is firmly at the head of the ship of state. All power flows from the King downwards and all ranks in society swear allegiance to him. The flow of his Imperium is guided by six institutions:

Juan is a loyal sun of the church and Yesyan troops defend the Pontifical states. 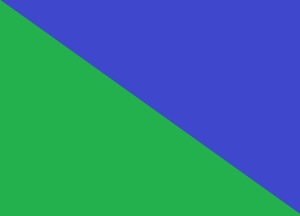 In Ancienia. Juan sees Gisgard as a useful buffer state against a resurgent D’Elan or a Revisionist crusade. He is dedicated to checking Nentian naval expansion against Yesyan or its colonies and wants a share of the Ashetan trade. As a devoted High Adrianist he defends the Pontiff and has spoken of assisting Archduke Maximillian of Untenburg (though geography is the biggest obstacle to that ambition.) His suspicious of Dunianden (due to their Discoverie colony), Novakan and Dunloch (as republics) but is prepared to merely keep an eye on them as present.

He is fanatically anti-heathen and as such his forces regularly raid the Ishmali City states of the northern coast of Unvenisara. 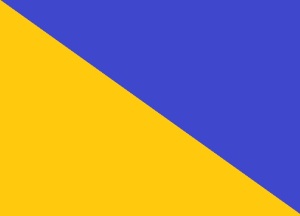 In the West he entertains ideas of expanding Neo-Yesyanola at the expense of the heretical Freyorians or the heathen Tawny, Starakanders or Faraway Kingdoms. The cheek of Lorraland piracy has also led him to commission studies into whether an invasion of those islands is feasible.

← Flags and Standards of Discoverie
The Kingdom of Yesyan II: The Military – an overview →

2 comments on “The Kingdom of Yesyan I: Politics & Leadership”