The Cauldroneers (the player characters)

’m running Flashing Blades ! Here are our Characters who share lodgings at the House of the Bubbling Cauldron.

Chevalier Joseph La Fontainbleu: (Gentleman?) a young man high of voice and clean of chin, but even at a young age has the tanned skin of a life spent often outdoors,. (Matt)

Accompanied by a lackey Pierre Davide , a cousin of their landlord, who has a pleasant, open, face and as the son of tinker speaks man languages and leans on a heavy quarterstaff. Pierre came is a sticky end and was replaced by the grumpy surly Boulanger

Chevalier (later Baron) Remi Sordeau: (Gentleman) (RIP) In late 1623 we said adieu to Remi Sordeau, priest in training, Baron and member of the Knights of the Dagger. He had his head smashed in by a giant man-crocodile wielding his manservant as a club. It’s how he would have wanted to go. (Neil)

Antoine Sapine: (Rogue) a short and thin gutter snipe who through service to the Cardinal is a Sergeant in his Guard. (Stubbed)

Jean de Griz (gentleman) a hot blooded banker with a substantial fortune and nose for intrigue. (Justin – left game for personal reasons might be available to play.)

A brief word on lodging the characters live in the Maison de chaudron bouillonnant (the House of the Bubbling Cauldron) owned by Anton Davide  it is in the heart of Paris opposite the rough but adventuresome Tavern de Beverage Noir (Bar of the Black Drink) a scurrilous alehouse.

Servants of the Cardinal

Lady Malfleur – feminine she-spy occasional enemy and occasional ally of the Cardinal – responsible for bringing them into his service. She also trains and leads other female agents like Sonja Evelyene a beautiful young blond who can come across as convincingly naive.

Baron D’lle-de-Batz nobleman in secret service of Cardinal Richelieu, often in partnership with the Lady Malfleur.

Other residents of Paris

Anton Davide – the gossipy Landlord of the house of the bubbling Cauldron a bureaucrat & amateur alchemist. He lives on the top floor with his wife Francesca and some nieces as servants.

Baron Jean-Paul De Gilour a debauched down at heel nobleman with a passion for gambling.

Archduke DeMainz D’Einartzhausen ‘the man in the golden mask’ a scarred German soldier of fortune in the service of French crown and leonardo da Vinci enthusiast. His household includes Pendu an efficiently lethal death mute and Johnny Coppers an English former pirate.

Andre Charland Sworn Vengeance I’d Durand – Durand’s brother Duval died due to the wanton cruelty of an officer, Andre Charland, a nobleman, Captain in the Horse Guards and cur. Duval stood up to Charland when he was abusing civilians and as a result he was imprisoned and given the lash. Wanting to make a point Charland pushed too far and Duval died from his wounds. On that day Durand swore he would kill Charland; however the opportunity has eluded him as Charland has bought his way to higher stations. Durand will only bide his time so long; it is not just that Charland lives his life of luxury while Duval rots in the ground.

The Red Brotherhood conspiracy of the former Spanish Ambassador Senior de Salamanca, Chevalier De Didonne, banker of the Bank De Vitoria Monsieur Moulin and Baron Se Gras. They were discovered and the Frenchmen executed for treason by the action of the Cauldroneers. Martin Pedosa a Spanish assassin in the conspiracy escaped.

King of Thieves an obese rank figure based in Marseilles is lord of organised crime in France.

Cardinal Richelieu’s Ambassador at large – the ambassador in the An Ambassador’s Tales campaign the player party escorted.

Lord Pepperbox Englishman who made a fortune in the West Indies and is a spymaster for the king. 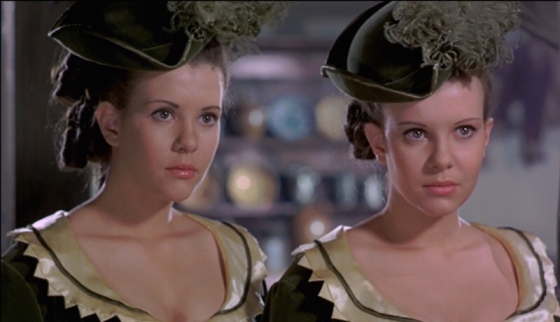 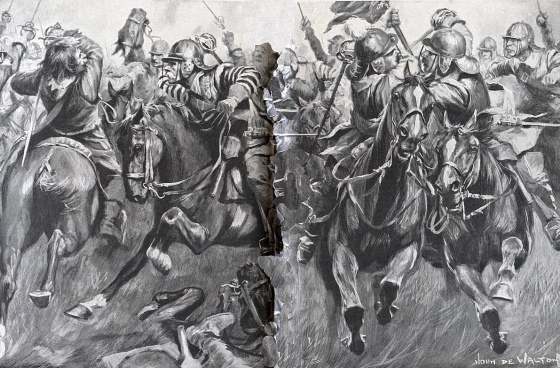 Peter Reinke a Hapsburg herald in pay of the French.

Nicolo Brandi Ambassador Savoy to Florence foiled by the Cauldroneers.

Princess Iona daughter of the Venetian doge – betrothed to a prince of Florence but absconded to be with Joesph in Paris after the affair of the Constantinople Emerald.

Senator Grimaldi Venetian Senator and agent of the Cardinal.

Claws of the Lion monochromedressesSwiss mercenaries in pay of the Doge.

Alsalah Turkish Corsair in alliance with the French. 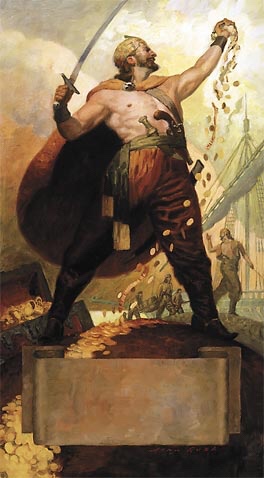